End-to-end production under one roof with Them Lights

Sacha Hanlet is the producer, singer and performer THEM LIGHTS. Born in Luxembourg, his introduction to music began the first time he heard Michael Jackson’s classic, ‘Thriller’. The song awoke in young Sacha a passion for groove and beats that would stay with him for the rest of his life.

Years later, when Sacha embarked on his own musical journey, he immersed himself in an array of musical genres and styles. He made his debut on the European rock scene as the drummer for one of Luxembourg’s most popular bands, Mutiny on the Bounty. In 2017, Sacha ventured into creating his own music via THEM LIGHTS. His 2018 debut track ‘Got No’ was accented with an unforgettable hook and announced him as a serious player in the electronic music scene.

After touring across Luxembourg and collaborating with big names such as Maz, Like Lovers and Taipan, Sacha is now gearing up to release a series of exciting new tracks.

Let THEM LIGHTS lead on you on a vibrant and colourful journey, where lightwaves couple with hypnotic beats to immerse you into a different world. Listen HERE!

How did you get started as a musician?

Well for a start, I never went to music school, so I find it hard to call myself a musician. I’ve played the drums for about 15 years now but still find it difficult to call myself a drummer to other “real” musicians. But I’ve realized all of that means nothing these days, all you need is real passion.

It all started with me and a few of my good friends introducing me to the music world. They were all already in bands and shared their passion with me. I would hang out with them, we would have a few drinks, smoke a little bit, and write songs. It was all I wanted to do: be creative and let my ideas flow from my head into my instruments.

Mutiny on the Bounty (MOTB) was one of my first projects. I was in another band’s music room and loved what they were doing, we started jamming and MOTB was born. Now, 17 years later, we’re releasing our 4th album. Everything we learned, we learned by doing: writing emails, booking tours and a lot of hard lessons throughout. The music industry can be pretty tough sometimes.

Them Lights (TL) is my first independent project, making music on my own. I don’t have a lot of peers doing the kind of stuff I’m doing: rock, hip-hop and urban music. I wanted to do my own kind of thing and that desire is really where TL has come from.

I used to be a full-time lighting designer and technician at a venue but I switched to freelancing so that the band (MOTB) could tour whenever we wanted to. In time, I started to transition into other jobs in the same milieu, like stage and production management, plus I did a bit of booking and tour management. It was at this time that I discovered my passion for songwriting and producing not just for my band, but for others, so now I’m working on elevating this step-by-step. Mutiny on the Bounty and Them Lights also generate part of my income through show revenue and royalties.

With technology and automation transforming the music industry, what parts of your process do you try to keep tech-free?

My creative process and interaction with my audience as well as other artists. I can see AI doing some incredible stuff in the future but there are some things that will always remain intrinsically human. We’re individualistic and each individual is inherently complex, so I wouldn’t want to remove or replace that in my own process as an artist.

What inspired you to create Them Lights?

I started Them Lights in 2018, when I wanted to speed things up. The initial shows were with musicians but eventually it was just me, mostly because I was tweaking a lot of elements and wanting to find and develop my own artistic identity. I’ve gotten a lot stronger as a producer over the years, and the experience I have from a decade of being a lighting engineer at venues is a huge factor in this.

What is your creative process like? How do you think that fits with the music industry in general?

The impetus for everything is passion, I absolutely love what I do. As soon as inspiration strikes I just get so excited – there’s nothing like it. It’s one of the strongest feelings I’ve ever felt. I don’t have to achieve anything; the creative process itself is very fulfilling to me.

I try to follow emotion and the creative spark as much as possible, from there I go as fast as possible so I don’t lose it. When something comes from deep enough within me, when it’s substantial enough that it encapsulates every element I’d like, then it feeds itself.

My process begins with beats; about 80% comes from there. I get sample sound on the keyboard going and if I find it stimulating enough I jump right into it. From there I create a basic structure for the song as quickly as I can so that it flows naturally and remains true to its origin story.

I start to piece together different sections of the song and construct its melody. Then I work to make the whole thing coherent. Once I’m happy with what I have, I embellish with interesting elements here and there and clean up sections to finish it. The most frustrating thing is if inspiration strikes and I create the perfect chorus but then it doesn’t come back to me – it drives me crazy!

What tools do you use?

I use Ableton and Logic Pro for songwriting. In terms of sound, I use synthesizers with VST plugins. I had to learn and understand how they work, but they were a huge game-changer for my music. 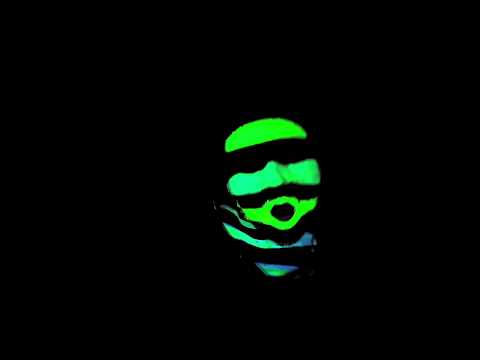 What challenges have you faced?

The music industry can be unfair,; there are no clear rules and it’s largely run by people who don’t love or actually make music, which feels wrong. Those with the means to promote themselves seem to dominate. I guess that’s just the way it works but it’s a complicated game to play.

Marketing is my Achilles heel. It hasn’t been easy in Luxembourg to execute this with other people. There aren’t many peers that can help me out, especially since I come from an independent artist background. The self-promotion side of the business doesn’t come naturally to me, but I try to use my creativity and highlight what is unique about my work.

I have two videos out currently, both of which are mostly DIY. I shot ‘Got No’ with a friend of mine. We bought UV lights and blacked out the room, and then we just went for it! I’m stubborn when it comes to my creative process, I edited the video myself with almost no video editing experience because I knew no-one else could create it in the specific way I envisioned.

I happened to finish the first video at the same time as the film lobby in Luxembourg started to give out grants to folks in the music industry. I consider myself lucky to be among the recipients. I put this grant towards ‘Mysterious Lights’ and it shows – the result is an ultra-professional short film, shot on stunning landscapes in Iceland.

How do you connect with fans?

I can be wrong about my fan base because I find it hard to fully know a majority – so I’m often corrected on my assumptions about them. Getting to know people on a one-on-one basis comes more naturally to me, and then I feel like I know and understand them.

I focus heavily on creating better and better music for my fans, but I am trying to work on gauging what my audience likes as a whole. Sometime in the future, I’d love to do a livestream following a new release and actually ask fans what they think and see what happens.

Need help with growth, data and analytics? Get in Touch

Join the newsletter, participate in future articles or get help with your Data, Analytics, Product Development, and Marketing Automation.

[…] an alternative, with the data available, they can take stock of what their audience likes and put these insights into action by fine-tuning their music […]

[…] End-to-end production under one roof with Them Lights […]