Creatives have long struggled to monetise their creativity. The stereotypes of the starving artist or the destitute playwright have long pervaded society, with most people acutely aware that only the very best creatives make a viable living. This is still true today — it’s estimated that the top 1% of artists earn 77% of all recorded income in the music industry.

Research suggests that creative people don’t tend to earn a lot because that’s not their primary motivation—the Göttingen Medical Center has found that creative people’s brains don’t react very strongly to money. But this certainly isn’t true for all artists, and even if money isn’t their primary motivation, that doesn’t mean it isn’t important for them.

In recent years, the Patreon platform has revolutionized the way artists make money. Ronny Krieger, General Manager of Patreon Europe chatted with us about how artists can use Patreon to change the way they interact with fans and monetize their work.

Armed with a degree in economics, Ronny was set to have a long career in corporate banking until he decided to follow his passion and instead embarked on a career in music and production. He started with owning a record store before going on to hold managerial positions at a number of record labels and distributors, where he worked with some of the biggest names in the indie music world.

In 2004, he took on the role of Vice President and Managing Director at Beatport’s Berlin offices and later became their global Chief Programming Officer. Since 2010, Ronny has worked as a freelance consultant for industry leaders such as FatDrop, DJBroadcast, Digitally Imported, and LANDR. He also sits on Germany’s VUT board (Association of Independent Musicians and Music Companies), representing the interests of independent entrepreneurs in the German music industry.

Tell me about you and your career?

I was always really interested in pursuing a career in the music industry but my parents wanted me to get a safe, secure, well-paying job—so I decided to get my official IHK certificate as a banker. However, I still knew in my heart of hearts that I wanted to go into the music industry so as soon as I graduated, I called up one of the biggest music companies that I could find (EFA Medien). I literally said something along the lines of “I’m a massive fan of music but I have no experience at all—can I come work for you though?”. Long story short, I got the job—and that’s really where my career began.

I found the experience eye-opening. Because I was so young, I could see that they were doing a number of things in a really illogical way. Take PR, for example. This was all manual and ad-hoc—there was no concept of CRM back then. They’d literally spend days manually thinking about who to send things to.

It took a lot of convincing, but I eventually managed to get people using computers to do some of these tasks—and I started to make a bit of a name for myself. It was interesting because I also remember going to a number of conferences around that time that focused on moving music over to mobile. This didn’t happen for many years (in fact, probably a decade), so it was interesting to see how the hype surrounding new technologies often takes a long time to come to fruition.

However, there was still a large portion of the industry that wasn’t ready to adopt technology en masse. I remember going to one of our annual sales conferences and asking a question about digital—everybody turned around and looked at me like I was crazy. At that point, I realised I should probably leave EFA and try something new.

I worked at a couple of record labels after that before meeting the founders of Beatport. They were one of the very first download shops, but unlike iTunes, entirely focused on electronic music. Working there was great for me—I got to really understand how music was transitioning over to digital, I built relationships all over the world between artists and record labels, and I basically honed my craft. It was a really exciting time to be in the industry—digital was just beginning to take over, and I was in the prime place to learn all about it.

To be honest, we probably saved quite a few artists. There were some bands that joined Patreon back in March and have told us how they’re now able to pay all their bills, maintain existing projects, and keep on being creative. That’s our ultimate goal—so it’s great to hear how we’re helping artists pursue their dreams, even in incredibly tough times.

Can you tell me a bit more about your company?

Patreon is the first business for creatives that actually puts the creatives first. You can see this from our business model—we take incredibly low margins. The industry average is around 30 – 50%, but we only take between 5 – 8% of any revenue generated by the artists.

Patreon was actually founded by a creator—it’s not like this is a high-powered corporation trying to tell creatives how to do their job or how much they’re worth. He knew that he couldn’t make significant revenue from selling digital music online on any of the existing platforms, so he realized that the existing model was essentially broken for most artists. As a result, he decided to build Patreon. 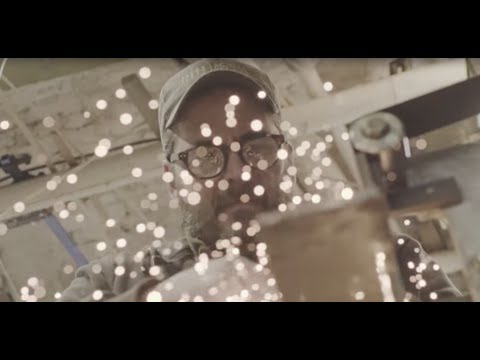 It sounds like he’s driven by a very strong vision. In your opinion, is vision also the key factor in determining whether or not an artist succeeds?

If you ask 10 successful artists what factors into success, they’ll all give you very different responses. Here’s what I think:

To get past this struggle:

In the context of Patreon, how does this advice help you make good subscriptions packages?

It sounds like you guys are already revolutionising the music industry—it must be a great feeling. Is there anything else that you’d like to add?

It really is! Yes, before I forget, I want to announce that Patreon has recently opened up its Berlin office so that we can have a European hub. We’ve traditionally always been an American company that operates in English but our European office will allow us to operate in German, French, Italian, and Spanish too.

We want to make Patreon feel like a home for creators all around the world, so we’re going to be focusing heavily on making our brand as global and welcoming as possible.

How to monetise creativity

So how can creatives begin to monetise their creativity (aside from signing up to Patreon, of course)? Let’s explore 5 potential avenues to turn your passion into a paying career.

For too long, creatives have been asked to work for free under the guise that this “exposure” will lead to greater profits down the line. This, however, is a fallacy—and it’s a dangerous habit that’s perpetuated to this day. Don’t believe us? Just check out this Twitter account to see genuine conversations that creatives have with people trying to get free work out of them.

So rule number 1 is to not be afraid of asking for money. Accepting “exposure”, without any other remuneration, is no way to operate. Whether your band is playing at a friend’s wedding or you’ve been asked to draw a picture of a family pet for a child’s birthday present, you should be paid for your hard work and your skill.

The age of social media means that it’s easier than ever to market your creativity. Plus, it’s entirely free—simply set up an account, start populating it with examples of your work, and you’re good to go.

Marketing doesn’t have to be an all-singing, all-dancing, cross-channel behemoth of a strategy. It can literally just be putting pictures or videos on Instagram and actively trying to increase your follower count. Of course, you won’t necessarily see an  immediate payoff —but maybe you end up eventually attracting the attention of somebody in the Artists & Repertoire (A&R) department at a big label.

The most successful creatives treat their passion as a business—and think in business terms. For example, your goal for 2021 might be to “Gain loads of new fans”. While this goal in itself is admirable, you need to go deeper:

Think about where you can spend money to make money and how you can begin to create a wider brand beyond simply your music, painting, scriptwriting, or whatever else it may be.

Think about commercial avenues you could go down to keep the money coming in. For example, you could consider writing jingles in your spare time—platforms like Fiverr are great for finding odd jobs to tide you over.

Alternatively, how about teaching your craft? Teaching gives you the opportunity to make money doing what you love and reinforces the basics, making sure that you always stay on top of your skill.

You have the talent and now more than ever, there are great tools for you to share that talent with the world and turn it into a professional career.

Need help monetising your creativity? Get in Touch